So…… the 301km from Carcassonne to Barcelona was about a 6 hour drive for us. We are not sure why, but the A9 was a PARKING LOT for a good chunk of the drive.  It may have been because of the wildfire that was happening near Girona, but we didn’t know for sure.  The traffic, after a couple of hours of stop and go, eventually opened up and we were finally moving along at a faster speed than 10km /hr, and using the gas pedal more often than the brake. THANK GOODNESS!

The drive into Spain was beautiful.  The countryside is so pretty. Rolling hills, golden fields, green vineyards, and olive groves. I loved absolutely loved watching all pass by. I did however think there was going to be a grand display letting me know I was leaving France and entering Spain but it was just 2 cement pillars and a sign that said Espana. I at this point, was pretty used to reading, and somewhat understanding the French signage, so with the spanish signs I was pretty much starting back at ground zero!

Finding our hotel was super easy, with thanks to the TomTom.  By the time we got to the hotel we were all pretty bagged from the hot slow drive to town, and we quickly realized that our plans of an early arrival and a scout around before dinner were over. Brodie emerged from the car scratching, super splotchy, and bright red. Our little man with the super sensitive fair skin, broke out in a crazy heat rash – we think from the mornings 3 hour swim in Carcassonne.

We were staying at the Hilton Diagonal Mar.  It is in a business district with Mikes office literally half a block away, (and we could look over every time we were in the pool), a major shopping mall across the street, the street tram was one block away and the metro was two blocks away.  It was super convenient for all of us.

We checked into our room, which would be our home for the next 7 days and was happily surprised that we had 2 room suite once again. Since it was later than we expected, we decided to quickly get organized with our luggage, and organizing the rooms, before heading out for a quick dinner across the street where there were a couple of restaurants attached to the mall, Go figure….. there were trampolines and train rides for the kids in the outdoor space leading into the mall.

We got to the restaurant at 8:30 and it was empty….. very few tables were full, and this made me a little nervous until Mike reminded me that people in Spain really didn’t eat dinner till about 9:30 onwards.  By the time we left the restaurant there was a line up of people with kiddies the same age as ours waiting for a table.

We woke up Sunday morning to a VERY BUSY hotel.  The amount of people at the breakfast buffet was unlike anything I had ever seen. It was pretty unreal with how BUSY it was.  It certainly wasn’t a nice relaxing, leisurely morning pace…. I am unsure how the Chefs were even keeping up with putting out the food…. it honestly was going that fast.

We had our family day planned.  We were going to take the tram down to the main beach area, and do a walk about, and get a lay of the land.  We walked around the Marina Port Vell, en route to La Ramblas. We passed so many AMAZING patio restaurants.  It was too bad that with the kiddies, being the age they are, just were not interested in the food that was being served there.

On our walk we happened upon an AMAZING gelato/chocolate/macaroon store, called VIKIO. Barcelona seems to be a town that is all about design.  I mean seriously incredible design, and this gelato shop was not the exception.  I was totally drawn into the store just because of the design.  Turns out their gelato totally rocked as well…. YES…. score!

Mike,Brodie, and Syd all opted for chocolate and I defaulted to my absolute favourite Stracciatella. Kind of a vanilla base, with chocolate bits in it….. SO SO YUMMY!  The portion sizes were absolutely CRAZY!  When Brodie got his gelato handed to him, he promptly proclaimed, with eyes as wide as saucers “I have been waiting for this my WHOLE LIFE”.  That was said with so much enthusiasm and excitement you almost would have believed, that he had indeed, been waiting all of 5 years and 5 months for that exact portion of chocolate gelato. That statement alone was worth what we paid for the gelato.  The little man makes me smile!

It was getting a bit later in the day… you know that time of day that Syd usually has her meltdown…… we this particular day was no exception.  We don’t know what set her off, but it lasted for a good 15-20 minutes of us trying to get a screaming child off the street and into some sort of shade since it was so hot and humid.  We finally got her in the stroller and we decide we would head into the air-conditioned goodness of the L’aquarium  Barcelona.  I always knew it was crazy expensive to go to the Vancouver Aquarium, but it seems like the cost is crazy expensive in every city we have been in.  I’m not exactly sure at the cost but I think it was around 80 Euro for the 4 of us…. which is CRAZY!  Brodie had a great time looking at all the fish, and loving all the sharks, but Syd didn’t really perk up till near the end of our time in the aquarium.  I think she was most impressed with the computer animated fish projected on the floor that would “swim” away if you stepped to close to them.

Our afternoon ended with a walk on the famous La Ramblas.  It was super busy and full of energy.  There were people “statues” that Brodie got a huge kick out of, and many treats tempting the kiddies, but the one thing that finally got them was sleep.  Both kiddies crashed in the double stroller, while Mike and I walked along, ending up in the Placa Reial for an afternoon glass of wine.  We eventually made our way to the metro and back to our hotel in the Diagonal Mar.

It was a seriously fun day. Exploring and getting the lay of the land was essential for the following days adventures with the kiddies, as Mike was back at work after a 2 week vacation.

So far Barcelona was a hit with Brodie…. who had been waiting his “WHOLE LIFE” to have gelato in that exact spot in Barcelona….. So glad we could make that happen for you little man!

The parking lot on A9 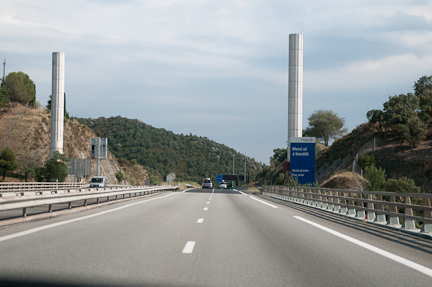 The EU and flag 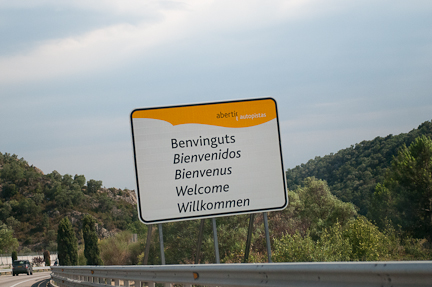 Driving along the highway 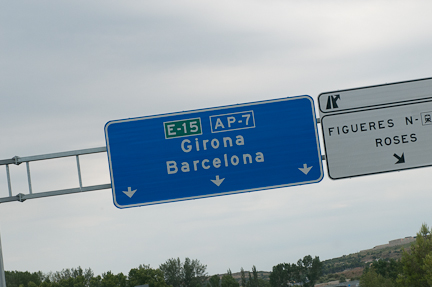 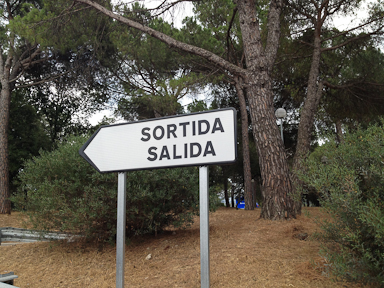 Looking at the mall across the street from the hotel 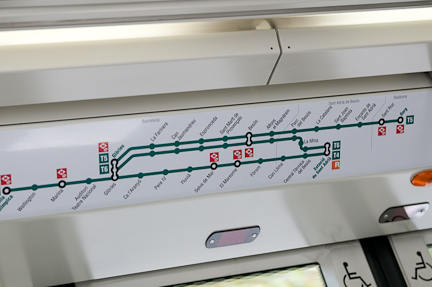 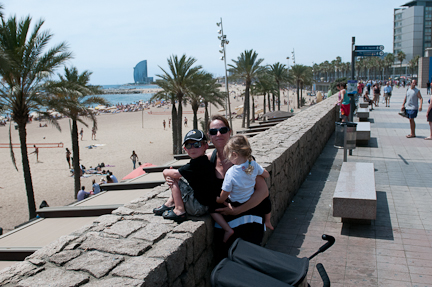 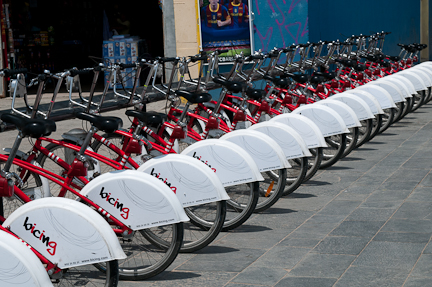 A popular mode of transportation around town

” I have been waiting for this my whole life”

The little lady and her ginormous portion of gelato 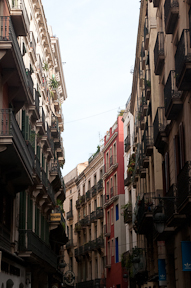 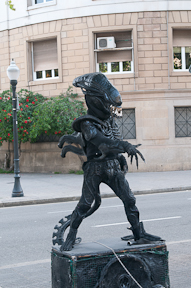 Human Statue – Brodie thought this one was pretty cool. 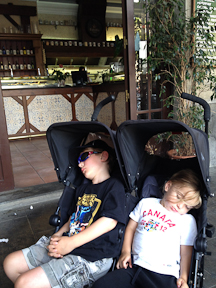 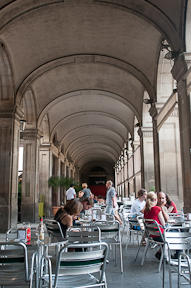 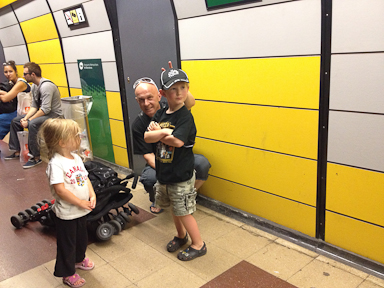 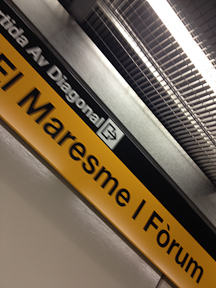