We woke up on our final morning in Barcelona to beautiful blue skies and sunshine.  We were packing up our “European full size” rental car and driving across the northern part of Spain.  Barcelona > San Sebastian.

Once again, remarkably, we were able to fit everything into our little “full sized” rental car. We were definitly becoming pros at packing the car up tight by now.  Once we were packed up we took the kids across the street to the mall and the rides/trampolines that were there for one last go around.  Syd was fully advised on the rules of the rides, and that there would be a couple of rides but when Daddy said it was time to go…. well it was time to go!  With plenty of agreements, and yes yes I understand, we headed to the rides. All was going really well until it was stated that it was “time to go”.  Seemed like the little Miss forgot all about her knowladge of “it was time to go” and threw one of the biggest tantrums of the trip.  We eventually got her in the car and were making our way out of Barcelona and onwards to our next stop on our adventure ……. San Sebastian.

The landscape from Barcelona and the Balearic Sea > San Sebastian and the Bay of Biscay was ever changing. Leaving the hot and muggy city of Barcelona, into the scorching hot, and arid plains along the E-90, and then into the cool and dewey mountainous region just past Pamplona into San Sebastian…. we hit almost every summer weather condition on our drive. I’m not sure what my expectations were on what the landscape would look like before we drove across Spain, but what we saw that day was so varied and so very beautiful.

It was hot when we left Barcelona at 11am that Saturday morning.  The temperature was mid 20’s and was I’m sure going to climb to the high 20’s even low 30’s given the hot muggy week we had just had.  As we started our drive away from the water, and with not a cloud in sight, our little in-car thermometer contined to rise giving us a detailed occourance of the temperature happening outside our little car. As the vegetation got sparser…. the temperature got HOTTER.  We hit a temperature of 43 degrees as we passed through the plains of Spain.

The one thing you notice as you drive through Spain (and the other 2 countries we drove through… Germany and France), is that Europe is on the pulse of utilizing and colllecting “green” energy. Driving through the arid, sunny and windy plains of Spain, there were acres upon acres of solar panels, and wind turbines every where you looked.  It honestly was an incredible sight to see. I am by no means an expert on the topic of the collection of “green energy”, however, it seemed like in Europe they just get it.  They do what needs to be done, utilizing all the awesomeness that mother nature provides. Canada needs to get on board……  It truly was an inspiring sight to see!

We stopped for lunch at a roadside rest stop. It was crazy busy given that we never really saw tons of other cars as we were driving.  I first thought it was funny that there was covered parking for our car, but given that it was 43 degrees outside, and blistering sunshine… It was a real blessing that we found a spot under it and in the shade.

I LOVE the rest stops in Europe! It is another thing that the Europeans take seriously.  There is full on restaurant facilities with decent enough food to get you through.  Nice bathrooms, trinket shopping, fuel, and coffee machines that can make you ANYTHING you want for under 2 Euro (except for the large coffee that you want to hold and savour for 40 minutes… I think its a North American thing!)  😉 Seriously, they have everything you could possibly want for your drive, and it is AWESOME!

After about a 45 minute stop we were back in the car with the AC cranked and were continuing on our jouney towards San Sebastian. We continued our drive passing a ton more solar and wind farms but the landscape was changing and the hills were becoming more lush and the temperature was dropping.  We were starting to pass through farm land.

We had another unexpected “milestone” as we drove from one side of Spain to the other… we passed through the Greenwich Meridian.  The Greenwich Meridian is the line that seperates East from West…. a line from the North Pole to the South Pole. It may have just been a couple of signs telling us what we were approaching as we were zipping along the highway, but it was pretty cool event as we passed under the cement arc over the roadway.

The closer we got to the mountains and San Sebastian the cooler it became. We left Barcelona and 25+ degrees, to a high of 43 degrees somewhere on the plains of Spain, and now our handy car thermometre was reading 17 degrees AND we had to turn the winsheild wipers on since it had started to rain. We were in beautiful lush mountains, and low cloud. Funny that it felt like we were back in Vancouver after only driving for 6+ hours.

We made our way through the beautiful city of San Sebastian and found our amazing hotel Barceló Costa Vasca.  The hotel wasn’t as handy to the beach as we would have liked, but the rooms were AMAZING, the pool was awesome, and there was a fantastic kids park that we had to walk past to get to the beach…  so all in all, it worked out perfectly!

After a full day of driving we went for a walk through pretty San Sebastian towards the beach. We picked up some groceries, for the morning, and then found a cute little outdoor spot for a dinner. Since it was first day of the Olympics we had the bonus that we could also catch a few of the Olympic swimming events on the big flat screen TV that was behind the bar. We had some yummy food, over looking La Concha, which was by far, one of the prettiest beaches we had encountered so far.

What a day driving from one side of Spain to the other. So varied and so beautiful. We were excited to start our last week of our European vacation in this pretty little town in Basque Country.

Enjoy your (not so) Daily Dose

One last spin on the rides across form the Hilton 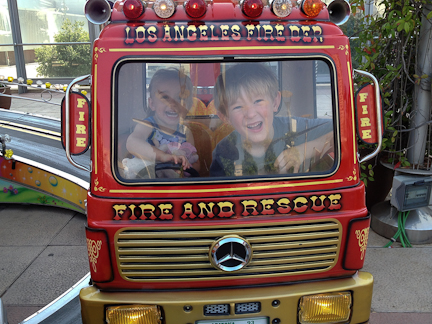 So fun…… but you know that leaving is NOT going to end well for the little Miss.

On the road outside of Barcelona 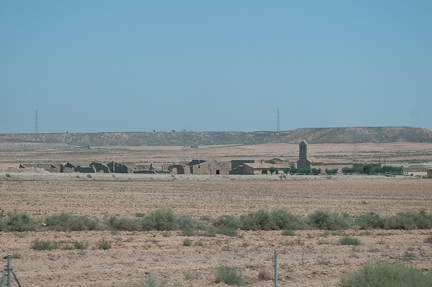 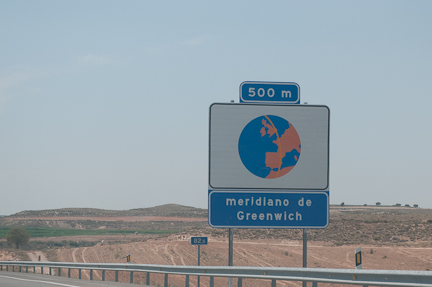 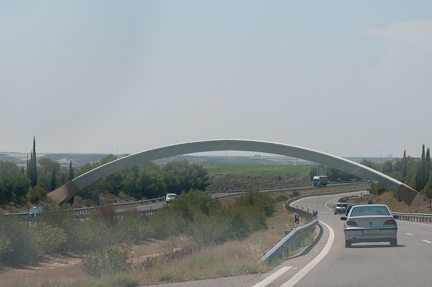 There it is….. Greenwich Meridian 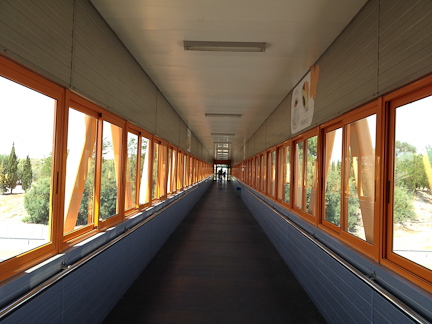 Walkway over the highway 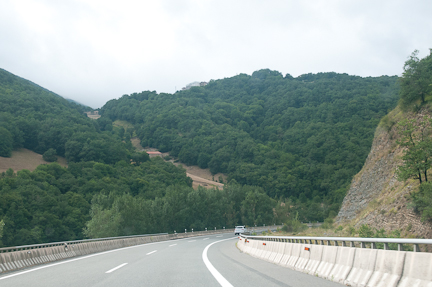 Our hotel….. 2 rooms were needed…… again 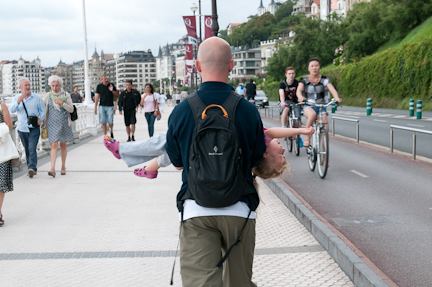 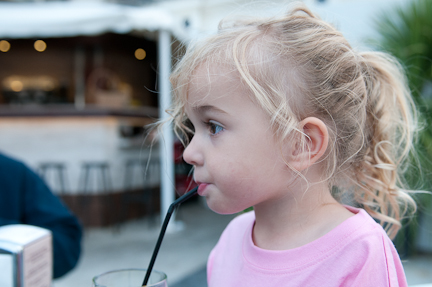 Show for the kids…. music and wine for us!